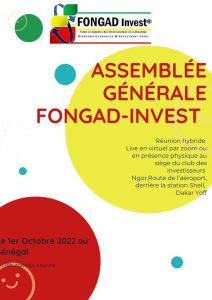 1997 to Present:
Manhattan Borough President’s Office, New York City,
Economic-Development, Immigrant Affairs & Community Outreach Liaison, Constituent Services & Immigrant Affairs Liaison, under the administration of three Manhattan Borough Presidents C, Virginia Fields, Scott Stringer and Gale Brewer
In the areas of Economic-Development, Housing, Education, Health, and International business.
§ Member of the Steering Committee who organized the New York Conference on the contribution of the African Diaspora intellectuals to the African Union and the New Partnership for Africa’s Development.
§ Promoted positive relationships between African-Americans and Continental Africans.
§ Established a socio-economic and cultural relationship between the Borough of Manhattan and the City of Dakar

Certificate of Appreciation for participating to a Forum in Governance and the process of socio-Economic development, a Senegal’s case study organized by the USAID and the AAI Project Atlas

Congressional Citation presented to me by the Honorable Congressman Charles B. Rangel in recognition of my outstanding service to my community and for my splendid work in promoting positive relations between African-Americans and Continental Africans.

Certificate of Appreciation from the United States Department of State for my sustained contribution to the success of its International Visitor Leadership program by sharing my time and professional experience with the program’s participants.

Born in Casamance Mr. Bassene performed all his studies there, starting in 1991 at the Department of Arts and Humanities in the Cheikh Anta Diop University. Three years later, he joined the Senegalese office of the Young Men Christian Association (YMCA) as Secretary-General of the University Branch. In November 1997, because of his international curriculum in Hospitality, he was invited to join the YMCA of the Rockies, at Snow Mountain Ranch, in the United States of America. After completing his program with honors, Mr. Bassene alternated positions both as a cashier and Finance assistant manager of the Grand Casino Hinckley in Minnesota. It was there, in 2002, that Mr. Bassene met who would later become his wife, a beautiful, young Senegalese woman pursuing her studies in Masters at the University of Minnesota. From 2000 to 2012, Mr. Bassene was employed respectively by Grand Casino, in Hinckley, Minnesota, and Viejas Casino Resort, in Alpine, California. Through this time, Mr. Bassene acquired extensive experience in finance, laws, and regulations (both tribal and federal) on governing gambling, the strict application of the rules to the service of the customer and the governing employees, and monitoring of policies and procedures. Mr. Bassene is also the holder of a degree in Management and Operations of Hotel Industries and former CEO of Carlson Hotels Franchises and Wyndham Hotels.